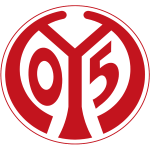 Nils Petersen and Jean-Philippe Mateta could be the main provider of goals when Freiburg take on Mainz on Sunday.

Freiburg's record scorer, Petersen, is leading the way for his side once again at the start of this season with three goals from the first seven games. The 31-year-old two-time Germany international has scored just once in his last five, and that could be the main cause for the Freiburg's current six-game winless run.

Their three defeats in that period coming against Borussia Dortmund (3rd), Bayer Leverkusen (4th), and RB Leipzig (2nd), and Freiburg will be eager to get their second victory of the campaign against bottom club Mainz. Petersen hasn't started either of the last two Bundesliga games but is in line for a return to Christian Streich's starting line-up, and should receive scoring help from Vincenzo Grifo, who hit his first international goal for Italy last week. Manuel Gulde and Janik Haberer are continuing their recoveries from injury, but neither looks likely to be back for this fixture.

Christian Streich may have protested recently that Petersen is "no substitute" but the Freiburg striker does have a Bundesliga record 26 goals off the bench. Following the opening day 3-2 win at VfB Stuttgart - in which Petersen scored the opener - Freiburg have picked up just three points from their subsequent six games.

Out: Flekken (elbow), Kwon (not included)

Mainz have scored just seven goals this term, and four of them have come from leading marksman Mateta alone. The Frenchman is their biggest hope of winning for the first time so far this season has helped his side earn their first point of the campaign against Schalke last time out. Freiburg is the 23-year-old Frenchman's favorite opposition - he's scored five goals in his three meetings against them.

Mateta and Mainz will have to go in search of their first three points of 2020/21 without captain Danny Latza, who is the first player this season to be handed a yellow card suspension after picking up five yellow cards this season. Pierre Kunde should come into midfield in his place, with Levin Öztunali - who has provided a club-best two league assists this season - returning to start on the wing. Mainz have conceded seven goals inside the last 10 minutes of games this season and dropped seven points from winning positions.

Freiburg is a hard-working side that needs some lucky push to turn around their season. In the last term, they started well and kept that until the end. Now, it is time to try to find that same momentum and the home team should give their maximum in a search of a very important win.

So our Freiburg vs Mainz Prediction is Freiburg to win.

Freiburg VS Mainz 05 PREDICTIONS AND BET

Freiburg VS Mainz 05 form and standings

YOUR TIP FOR Freiburg VS Mainz 05