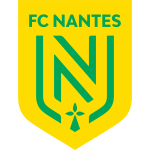 Nantes and Metz take on each other in a highly-anticipated game at Stade de la Beaujoire on Sunday afternoon.

Les Canaris did well to make amends for a 3-0 loss to PSG, with the team beating Lorient 2-0 on the road in their last league match. Nantes aim to keep on climbing the standings, but the game against Metz will be anything but a walk in the park for the hosts. Les Grenats, on the other hand, head into the match following a 1-1 draw with Dijon.

It has been a rare occasion in recent games that Nantes haven’t conceded. It will be a concern for them that Les Canaris have been scored against in 5 of their previous 6 matches, leaking 10 goals in the process. That kind of pattern might not be sustained into this next game, of course. Coming into this contest, Nantes have not won against FC Metz in their last 3 matches in the league. Moses Simon and Anthony Limbombe won’t be playing for Nantes boss Christian Gourcuff.

Metz have been producing fine displays in the French elite division this term, and they are surely capable of matching Nantes behind closed doors. A close match is on the cards at Stade de la Beaujoire, and we believe that there is a big value in betting on draw. You should bear in mind that the two teams played out a goalless draw in their last meeting in the national championship.

In 5 of the previous 6 games involving FC Metz, a comparatively low number of goals have been scored between them and opposing sides. The overall average number of goals per game within that period comes out as a meagre 2.17, with the average goals for Les Grenats being 1.5. Metz manager Frédéric Antonetti has to contend with a number of unavailable players. Vagner, Manuel Cabit, Ibrahima Niane, and Kévin N'Doram won’t be making appearances.

On average in direct matches, both teams scored 1.96 goals per Match.

We’re expecting a very tight encounter, with more than 2.5 goals for sure, finishing with a 2-1 winning margin for Nantes by the conclusion of the game. Should be an interesting match for sure.

So, our final Nantes vs Metz Prediction is Both teams to score.

Nantes VS Metz PREDICTIONS AND BET

Nantes VS Metz form and standings

YOUR TIP FOR Nantes VS Metz