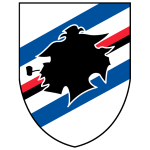 Sampdoria aims to bounce back from a poor performance against Cagliari when struggling Bologna travel to Liguria on Sunday.

Samp’s four-game unbeaten run came to an end in Sardinia ahead of the international break, but Claudio Ranieri’s men hope to have regrouped during the international break, aiming to respond against the Rossoblu. A couple of contentious refereeing decisions proved the turning point in this game, as Cagliari beat 10-man Sampdoria in the second half. It had been a fairly even fixture until Tommaso Augello was punished with a straight red card for his last-man foul on Nahitan Nandez, even though it was still in midfield. Straight after the restart, Lorenzo Tonelli was adjudged to have fouled Joao Pedro, who then converted the resulting penalty. Nandez completed the victory with a counter-attack, although the third goal from Riccardo Sottil was flagged offside.  Reports in Italy suggest Samp could rest Albin Ekdal and replace him with Adrien Silva this weekend, but Manolo Gabbiadini has returned to the squad.

Sinisa Mihajlovic’s team seemed to have turned things around when they followed up at a 2-0 win against Reggina in the Coppa Italia with three points in Serie A against Cagliari, but Napoli brought them back to reality in the last match before the break. The 1-0 defeat to the Partenopei leaves Bologna with six points from seven games in 2020-21 and need to turn things around quickly. A towering header from Victor Osimhen was decisive at the Dall’Ara, but Bologna came so close to an equalizer with a triple chance. The Nigeria international made the most of a splendid Hirving Lozano cross to the back post, nodding in past a helpless Marco Silvestri. Napoli had other opportunities too, most notably with Dries Mertens and Lorenzo Insigne. However, they were also given a huge scare late on with three different chances in the same move.

Bologna has won three on the bounce against Sampdoria in Serie A, but the home side had gone 12 games without losing at the Marassi to the Rossoblu before the defeat on June 28 this year. Bologna has conceded goals in 40 consecutive Serie A games and could equalize the second-worst run in the top five European Leagues. Gimnastic de Tarragona has the second-worst record from 1950 and Bordeaux conceded in 42 straight games in 1960.

Sampdoria started badly but after that played some lovely football. Bologna on the other side could be satisfied with performances but not with the results, so an open goalscoring draw is on the cards here.

Sampdoria VS Bologna PREDICTIONS AND BET

Sampdoria VS Bologna form and standings

YOUR TIP FOR Sampdoria VS Bologna